Do you work in the press or media?

The information on this page is intended for journalists, press and media. Click YES to get to the newsroom. If you click NO you will come back to Mynewsdesk.com.

It is with pleasure that we announce Astrup Fearnley Museet’s exhibition programme for the full 2021. This is also the first year with director and chief curator Solveig Øvstebø in charge of the museum’s programme.

“In planning the exhibitions, I have considered the museum’s history and institutional position, which in recent years has had one foot firmly planted in the American contemporary art scene and the other in that of Norway. It was therefore a deliberate choice to invite one American artist and one Norwegian artist for the two main exhibitions this year. At the same time, I wished to highlight other notable currents in the museum’s extensive collection, so in the summer of 2021, we will present a new selection of works from the collection, in an exhibition spread across both of the museum’s buildings,” says Øvstebø.

NICOLE EISENMAN – GIANT WITHOUT A BODY 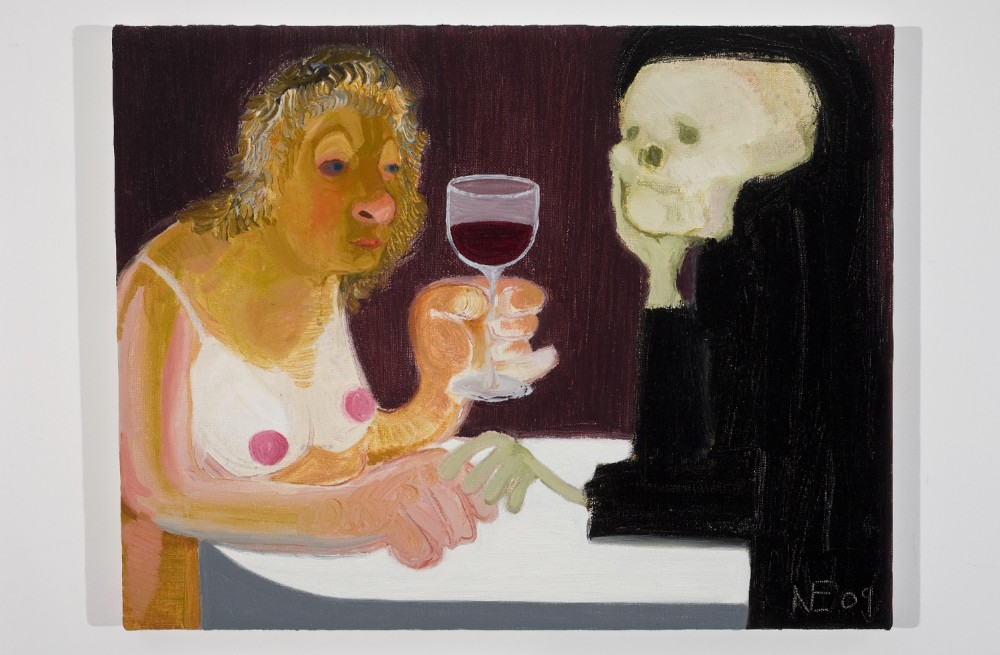 Astrup Fearnley Museet’s exhibition programme for 2021 begins with a major presentation of the work of American artist Nicole Eisenman. Eisenman’s largest solo exhibition in Europe to date, Giant Without a Body delves deeply into the artist’s practice from 2006 to the present and includes a number of new paintings and sculptures created over the last year.

Since the 1990s, Nicole Eisenman (b. 1965) has carved out a place as a central figure in American painting, with a characteristic style that shifts between abstraction and figurative depictions of social environments. She makes use of art historical references, playfully reinvigorating elements from the Renaissance, Baroque and social realism, as well as German expressionism, linking these to the present in a highly astute and distinctive idiom.

Eisenman’s works offer a colourful and celebratory first impression, but on closer inspection reveal multiple layers of meaning and intricate narratives. While many of these stories are based on characters from her own life, the artist also draws attention to larger societal issues and political frictions. With rich humour, she touches on issues such as identity, sexuality, and politics as she mixes in elements from popular culture and countercultures. Eisenman’s unique eye for the complexities of contemporary society and conflicting human emotions engenders sharp and striking observations of our modern realities.

Although best known for her paintings, a broad selection of which appear in Giant Without a Body, Eisenman has in recent years begun to incorporate sculpture into her practice. The exhibition features Procession from 2019 a massive installation of nine individual sculptures that marks a shift in Eisenman’s work. In their configuration and composition, the burlesque figures form an eclectic parade of various expressions and materials. Here too, humour and satire are lurking in the background, as exemplified by the figure who occasionally emits a cloud of smoke from his rear end – a “post-Trumpian gesture”, as Eisenman puts it. About Procession, the artist has said, “I believed you could build better narrative with painting, but this work proved to me the same is possible through sculpture.”

Nicole Eisenman lives and works in Brooklyn, New York. Her works have featured in solo and group exhibitions at institutions such as the Museum of Modern Art, the San Francisco Museum of Modern Art, New Museum, the Carnegie Museum of Art, Kunsthalle Zürich and Ludwig Museum in Cologne. In 2019, she participated in both the Venice Biennale and the Whitney Biennal. Eisenman was selected as a MacArthur Fellow in 2015 and was inducted into the American Academy of Arts and Letters in 2018. 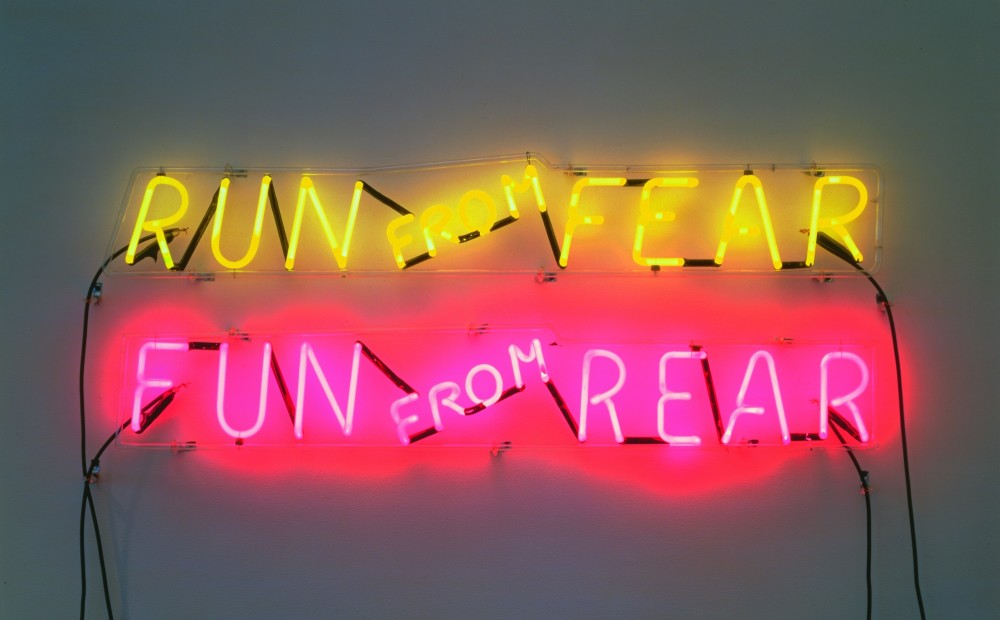 As Norway’s largest collection of international contemporary art, the Astrup Fearnley Collection includes seminal works by artists from around the world. Since its genesis in the 1960s, the collection has focused on selected artists, following their development in depth over many years and through different phases.

When Solveig Øvstebø took the helm as director and chief curator in May 2020, one of her priorities was to become thoroughly acquainted with the collection. In summer 2021, we invite you to an exhibition that presents a new director’s gaze at the collection. Encompassing both old favourites and lesser-known works, it emphasises the expressive range of the featured artists, through sweeping presentations of their respective practices. 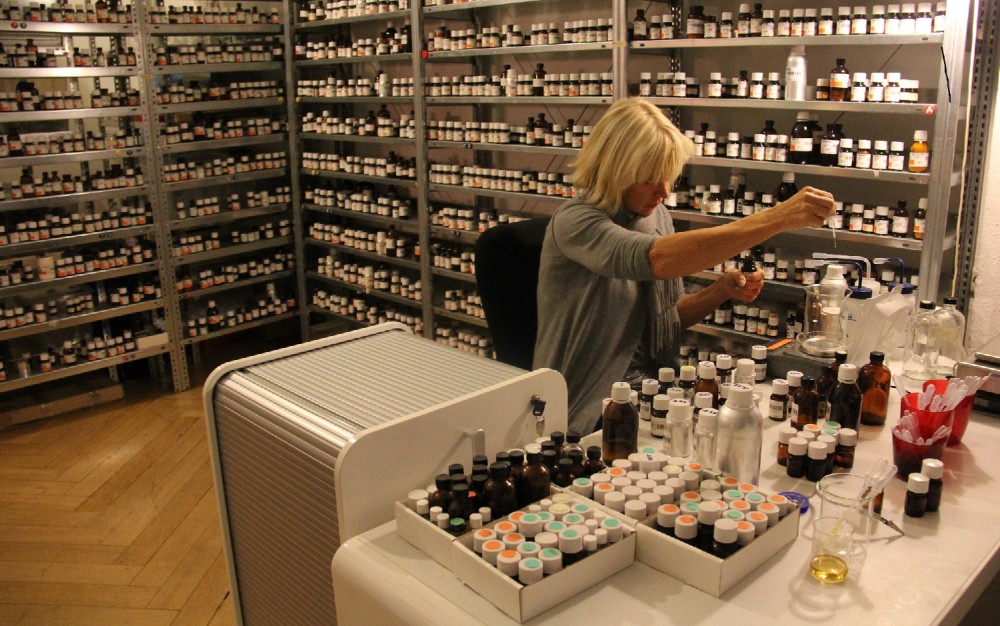 In the course of a single day, each of us breathes in and out around 24,000 times. These breaths carry crucial information we don’t consciously notice – invisible messages to the brain that immediately trigger emotions and memories. For Sissel Tolaas, smell is therefore an important and often overseen tool of communication.

Over several decades, Tolaas has developed a unique artistic practice that challenges the idea of the artwork as a physical object. Ever since the late 80s and early 90s, she has been deeply interested in observing chemical processes and the topic of change. Her works and projects do neither have a beginning nor an end, but are always in flux. Early in her career, these processes were generally formal, experiments and mathematical calculations that explored how different materials affect and are dependent of each other. Over the years, she has moved away from the realm of the physical and the visual towards that of the senses as tools and the immaterial as information. As early as the 1990s, she was creating works that focused on olfactory phenomena and reactions by exposing audiences to air currents and smells from various sources. At her studio and chemistry lab in Berlin, she is researching the complex topics of smell while exploring smell as a medium of artistic expression. Her investigations range from in-depth research and analysis, to the archiving and synthetic (re)production of smell molecules and structures. Tolaas has built up various archives of smellrecordings, an archive of 10,000 smell molecules, and Nasalo, a unique smell lexicon, so far containing 4,200 terms and expressions. In 2004, she founded the SMELL RE_searchLab, a laboratory that has collaborated with a number of scientific institutions around the world.

With an artistic and scientific practice that addresses the sense of smell rather than sight and hearing, Tolaas activates a different type of engagement and perception in her audiences. The exhibition at the Astrup Fearnley Museet will be no exception in this regard. Covering a broad range of works from Tolaas’ long career, it will include a selection of her early installations and works on paper, together with a comprehensive presentation of her later works on smell. The exhibition will explore the full breadth of a complex yet direct and intuitive researched based artistic practice, through which the concepts of process, time and change run like a unifying thread.

Sissel Tolaas lives and works in Berlin. Her projects have been shown internationally at biennales, museums and institutions including MoMA in New York, the National Gallery of Victoria, Australia, Dia Art Foundation in New York, California College of the Arts, and Tate Modern in London. The exhibition at the Astrup Fearnley Museet will be the most extensive presentation of her work thus far.